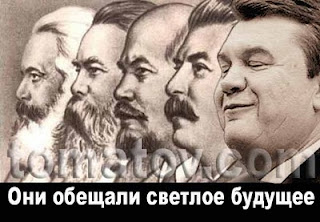 KYIV, Ukraine — The head of the global media rights watchdog Reporters Without Borders is giving a gloomy assessment of the prospects for improved media freedom in Ukraine.

Jean-Francois Julliard said after meeting Ukrainian parliament members Tuesday that the "opposition lawmakers will make strong statements, while the pro-governmental party will say there is no problem with freedom of expression in Ukraine."

Julliard is in Kyiv for three days of talks with journalists and officials. He said the trip was prompted by alarming signs on censorship, political pressure and physical attacks against reporters since Viktor Yanukovych became president this year.

Source: The Associated Press (CP)
Posted by Ukemonde at 9:49 AM