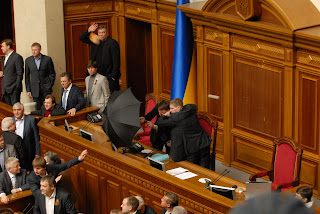 Ukrainian parli egging - video clip
Courtsey: The Sun
Posted by Ukemonde at 8:01 AM No comments:

Ukraine marks the 24th anniversary of the Chernobyl nuclear disaster on Monday, but after nearly a quarter of a century the scars left by the catastrophic explosion are still plain to see. Read the story here.

You can also visit UKEMONDE Site for more on the Chornobyl tragedy.
Posted by Ukemonde at 11:25 AM No comments:

Ukraine's press freedom has declined since the election of the new Russia-friendly president earlier this year, a global media rights watchdog said

The group expressed concern about Ukrainian President Viktor Yanukovych's decision earlier this month to disband the national commission on freedom of speech. It urged Yanukovych to explain his move and spell out his media policy.

The UNIAN news agency quoted Yanukovych's deputy chief of staff, Anna German, as saying Friday that the commission's functions were given to a newly created body that she heads.

Source: AP
Posted by Ukemonde at 1:48 PM No comments:

No civilized nation would erect monument to mass murderer 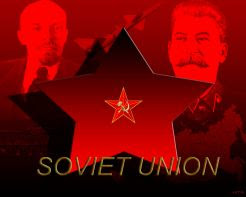 If the Communist Party wing in Zaporizhya gets its way, a monument will be erected to Soviet dictator Josef Stalin before Victory Day on May 9. Just as alarming, some government officials have no plans to stop them. Even stranger, some human rights activists agree. “It’s not the state’s business to interfere,” wrote a colleague from the Kharkiv Group for Human Rights. “What can the government do if it does not go against the law?”

Attitude to history is a good indicator of the capabilities and aspirations of the ruling elite. It rings especially true in Ukraine, which has none of the usual ideological reference points that allow the voters to make a distinction between the left, the right and the centrists.

We have to judge our politicians by their attitude to language, history and European values. If the rhetoric of the current government is of any significance, the near future holds nothing that would move us closer to a true Ukrainian state.

Source: Kyiv Post
Posted by Ukemonde at 7:10 AM No comments: 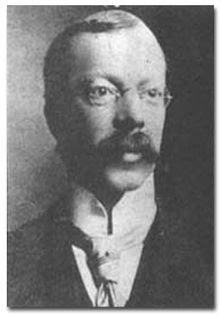 Tabachnyk wrote in Duck Soup Ukrainian Style that the millions who protested in the Orange Revolution did so because of ‘neuro-linguistic programming’, a form of ‘psychological training’ that was developed by the Americans. This is not a case of seeing ‘pigs that can fly’ but of being a hardcore believer in UFO’s and little green men that fly around in space ships!
First Lady Yanukovych, who presumably is too busy in the ‘kitchen’ to perform her presidential duties, also claimed in her famous December 2004 speech that Orange Revolution protestors were drugged up from oranges injected with LSD (see the video clip of her fantastic performance http://www.youtube.com/watch?v=oicOHnK9ihM). Maybe the First Lady heads up the Donetsk branch of the Ukraine’s X-files fan club and Tabachnyk the all-Ukrainian organization.
Picture above is of the infamous wife-poisoner Dr Crippen a very close resemblance to our Education Minister Tabachnyk. More on the doctor and his colourful associates here