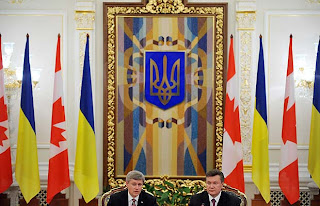 KYIV, Ukraine — Prime Minister Stephen Harper is being accused of exaggerating this week the extent of the 1932-33 famine that was declared a genocide by Canada's Parliament two years ago.

Harper indicated on both days of his first-ever journey to Ukraine that "almost" 10 million people died in what is known as the Holodomor — or "death by starvation."
http://www.blogger.com/img/blank.gif
Critics, while stressing that the death toll of the famine caused by Soviet dictator Josef Stalin's policies is massive and remains one of history's great crimes against humanity, said the true figure is roughly a third of Harper's.

Source: Montreal Gazette
Posted by Ukemonde at 7:53 AM No comments: 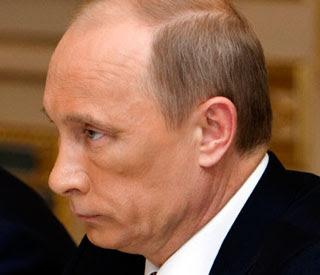 Harper in Lviv, Ukraine: Remember that in Canada, you have friends 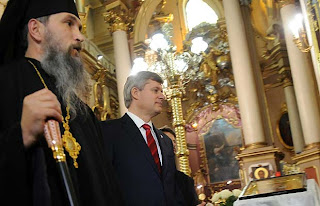 Here is the a lightly-edited speech Prime Minister Stephen Harper that was given at the Ukrainian Catholic University in Lviv, Ukraine on the last day of his five-day trip to Europe:

“There are strong people-people links between our two countries.
Ukrainians have been emigrating to Canada for more than 100 years and one and a quarter million Canadians have Ukrainian roots. That's about 4 per cent of the total population. And that percentage is much higher on the Canadian prairies where I reside. As a part of Canada that looks like parts of Ukraine and where you would recognize many of the surnames, as you would for members of the distinguished Ukrainian delegation that is travelling with me here.

Also visit Friends of UCU Montreal
Posted by Ukemonde at 9:23 AM No comments: 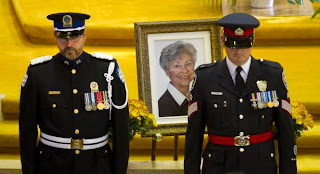 Vera Danyluk was laid to rest in a service attended by the city’s top political brass, uniformed police and army officers. But most of the roughly 600 in attendance were T.M.R. residents.

“She was a woman with a vision and she had a great heart,” said Frosini Costy, 79, a longtime T.M.R. resident. “I only met her a few times, but you could tell there was something special about her person. It was almost as if she had an aura around her.”

“She was a person of such integrity and passion,” said Heather Macleod, a T.M.R. resident in her 60s. “Her passing was such a sad loss.”

Danyluk died Oct. 14 at age 66 after a two-year battle with a rare disease. 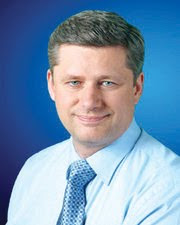 KYIV, Ukraine - Prime Minister Stephen Harper will tug on the deep familial ties that bind Canada and Ukraine, in an attempt to pull that struggling republic's attention back toward the friendly West and away from a less-democratically minded Russia.

Harper's first visit to the former Soviet republic, which kicked off Sunday, will touch bluntly on some of the darkest points of Ukrainian history and the most sensitive subjects of its contemporary political landscape — a charged itinerary likely to resonate with the more than one million Canadians of Ukrainian descent. 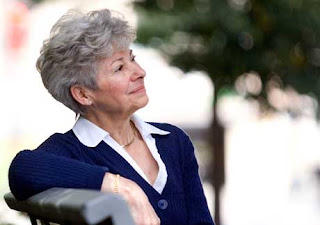 Vera Mystic grew up in Rosemont and took the Danyluk name upon marriage to Victor Danyluk of T.M.R. Like Victor, she was of Ukrainian origin. She declined an offer to run for the Quebec Liberal Party as a candidate in the 1998 general election because Victor didn't want her to be away in Quebec City so much.

We will miss you Vera, your smile and charming personality. You were too young to leave us. Vichnaya Pamyat

Source: Montreal Gazette
Posted by Ukemonde at 9:32 AM No comments: