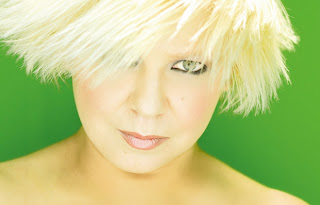 Source: Montreal Gazette
Posted by Ukemonde at 10:06 AM No comments:

Yanukovych's son unsteady on his feet 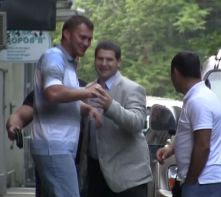 Viktor Yanukovych Jr., the youngest of Ukrainian President Viktor Yanukovych's two sons, was videotaped on July 12 having difficulty walking and cursing as he apparently was trying to find the door to his residence in downtown Kyiv.

Yanukovych Jr., a lawmaker in Ukraine's parliament, was gently guided by his concerned companions towards the right door on Kropyvnytska Street near the prestigious Besarabka Market.

The low-quality video made using a cell phone shows Yanukovych stumbling and rejecting the assistance of what appear to be bodyguards and companions. He is heard swearing along the way.

The younger Yanukovych is seen taking an elevator to his apartment. It was not immediately clear what he had been doing on the day of July 12.

“I can ensure everybody that I am not ashamed of my children and grandchildren. And I sincerely wish you to have children no worse than mine,” he said.

The video was taken by Hanna Harbovska, a journalist from The New Citizen civic partnership.

The young woman said she was shocked with Yanukovych's behavior, but didn't hesitate filming him and posting the video on YouTube.

Click here to see video of drunken Yanukovych.
Posted by Ukemonde at 5:31 PM No comments: