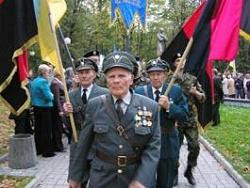 Ukrainian President Viktor Yushchenko has signed a decree on the recognition of the ‘Ukrainian Rebel Army’ as a fighter for Ukraine’s independence, his press service reported on Friday.

The ‘Ukrainian Rebel Army’ (UPA) was created late in 1942 by a faction of the ‘Organisation of Ukrainian Nationalists’ (OUN), headed by Stepan Bandera. UPA fought mostly against the Armia Krajowa of Poland, the Red Army and Soviet guerrilla fighters in Western Ukraine. The OUN-UPA men, whom people began to call the Bandera men, by the name of their leader, are guilty of numerous crimes. For example, they physically destroyed some 100,000 Poles, Czechs and Jews in the Western Volyn Region. Thousands of Ukrainians, who refused to cooperate with OUN, were also brutally murdered. For all those crimes, as well as for terrorist activities on the Polish territory before the war, Bandera is now regarded as a criminal and terrorist in Poland.

During the years of his presidency Yushchenko rehabilitated UPA veterans and conferred posthumously the title of Hero of Ukraine to UPA commander Roman Shukhevich and to OUN leader Stepan Bandera. 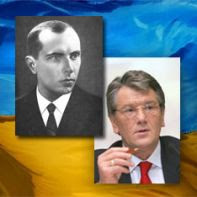 Ukrainian President Victor Yushchenko, in a move likely to embarrass the two rivals fighting to succeed him, onJan. 22elevated a controversial wartime nationalist leader to the status of hero of Ukraine.

Yushchenko issued a decree conferring the honour on Stepan Bandera, the leader of the Ukrainian nationalist forces (OUN) which fought against both Nazi invaders and Soviet forces in World War Two and after.

Bandera continued to resist Soviet rule in Ukraine well into the 1950s. In the Soviet period he was the embodiment of anti-Sovietism and "bourgeois nationalism" and the very mention of his name was a post-war criminal offence in the Soviet Union.

He was assassinated in 1959 by a KGB agent in Munich.

Source: Kyiv Post
Posted by Ukemonde at 6:39 PM No comments:

Ukrainian President Victor Yushchenko has conferred the rank of a Ukrainian hero to Stepan Bandera, the leader of the Organization of Ukrainian Nationalists (OUN).

The head of state said this during ceremonies marking Ukrainian Unity Day in Kyiv on Friday, Jan. 22.

"I decree to confer the rank of a Hero of Ukraine to Stepan Bandera and present a state order to him," Yushchenko said.

He said that the high rank had been conferred to Bandera for his "defending national ideas and battling for an independent Ukrainian state."

Hat tip to Ukrainiana
Posted by Ukemonde at 6:01 AM 2 comments:

Some oligarchs take sides, while others on sidelines 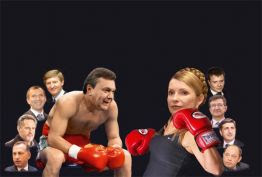 “Corruption, red tape, administrative obstacles of every kind – these are only things that serve the interests of those who today control the economy because they do not want competition. They are allergic to competition,” Jose Manuel Pinto Teixeira of Portugal told journalists on Nov. 30. “The vast majority of Ukrainians cannot have employment, cannot have decent salaries, do not have a decent social system, because the country today is in many aspects like 20 years ago.”
Teixeira’s comments came against a backdrop of the nation’s slow European integration and incomplete attempts to shed its Soviet past.
And it is hard to identify the “reformer” in this race.

Source: Kyiv Post
Posted by Ukemonde at 1:36 PM No comments: 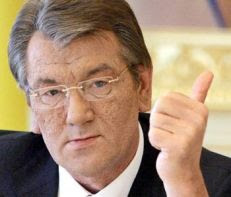 International Center for Policy Studies: How to desovietize public administration in Ukraine 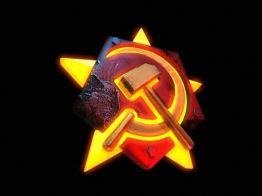 Ukraine’s political crisis is universally viewed as the only obstacle to the country’s integration into the European Union. Typically, only two main causes for the crisis are recognized: the “Ukrainian mentality” and a bad political leadership.
Click here for complete article.

Source: Kyiv Post
Posted by Ukemonde at 6:41 PM No comments:

Source: CTV Montreal
Posted by Ukemonde at 8:23 AM No comments:

Ukrainian Christmas 'not a generic holiday'

Source: The Standard
Posted by Ukemonde at 6:04 AM No comments:

Ellen Barry writes from Moscow:It is not, from a purely technical standpoint, impossible to make fun of Vladimir V. Putin. His head is shaped a bit like a light bulb, with eyes that are heavy-lidded, as if to convey that he has just been reading your dossier. He has a needle nose, a prizefighter’s swagger and a fondness for posing shirtless. If all else fails, there is always the matter of height.

Click here to view the clip, from great blog by Taras - Ukrainiana


Source: New York Times
Posted by Ukemonde at 7:05 AM No comments: