WASHINGTON (CNN) -- The United States on Wednesday criticized Russia for failing to live up to the cease-fire agreement in Georgia and for refusing to remove its military forces. 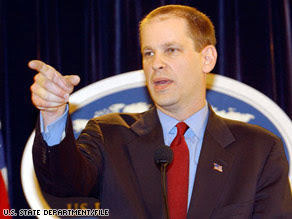 U.S State Department spokesman Sean McCormack says the Russians "need to get out of Georgia."

"Look, these guys are trying to, at every turn, trying to wiggle out of a commitment that they made and that their president put his name to," State Department spokesman Sean McCormack said at his morning briefing. "We've seen it since August and it continues. They need to get out of Georgia and they need to stop finding excuses to do that."