Who will win Ukraine's 'political football match without rules'? 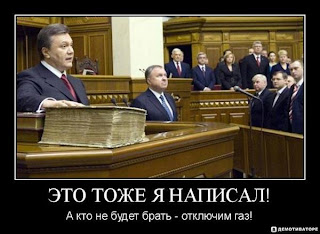 Interesting piece I found on CNN about the political game that is going on in Ukraine. Even though Yulia and Yanuk should both be sitting in prison are my thoughts, the author of the article Andrey Kurkov talks about how he is getting fed with incredible stories to write about that would otherwise be hard to imagine or make up.

The paradox of the current political situation is the fact that Yulia Tymoshenko is getting in the way of Viktor Yanukovych from "building a new country". He hoped that while in detention she would not bother him, but as it turned out, while in prison she disturbs him and the building of a new country even more. Hundreds of government officials from former Soviet states and other foreign countries require and request a meeting with her, distracting the "builders of a new country" -- a large and active clan of businessmen representing the eastern regions of Ukraine.

Source: CNN
Posted by Ukemonde at 12:14 PM No comments: 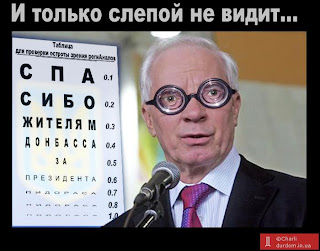 Foreigners who come to Ukraine say that the nation's police officers are giving the nation a bad name. A video featuring comments from foreign tourists was uploaded on Facebook by Yulia Belyanevych. The foreigners said that, after asking for documents, a police officer stole 40 euros from the pocket of one of them. It's a warning for the more than 200,000 foreigners expected to arrive to attend Euro 2012 football championship games between June 8 and July 1. “Police will be the main problem," one foreign man told Belyanevych. "Police haVE stopped me to check my passport and then just robbed me. Police always stop us because we speak English and checks our documents.I am afraid one day I will forgot my passport and they will take me away.” The advice from the three foreigners interviewed: “Stay away from Ukrainian police.” Watch the video here.
Posted by Ukemonde at 8:36 AM 1 comment: 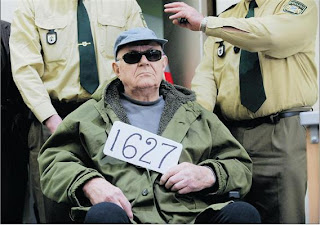 Munich state court spokeswoman Margarete Noetzel said this week that under German law, Demjanjuk is "still technically presumed innocent," because he died before his final appeal could be heard, and "a person is presumed innocent until proven guilty."
Asked by Haaretz if that means there is no record of Demjanjuk's conviction, Noetzel replied, "Yes, it means Mr. Demjanjuk has no criminal record."
Since Demjanjuk's conviction cannot be validated legally, due to his death, the conviction remains "merely as an historic fact," Noetzel said.
Last May, Demjanjuk was convicted in Germany of 28,060 counts of being an accessory to murder at the Sobibor death camp in occupied Poland and sentenced to five years in prison. He appealed to a higher court and was allowed to wait for the court's verdict on his appeal in a nursing home in south Germany. That is where he died this week.

Demjanjuk's German lawyer, Dr. Ulrich Busch, told Haaretz that the Munich court published the statement regarding his client's presumed innocence at his demand.
"After my client's death, a false statement was distributed to the effect that Mr. Demjanjuk died as a convicted war criminal," Busch told Haaretz in an exchange of e-mails. "The German and international media accepted this version and sullied my client, portraying him as one who led 28,000 people to the gas chambers."

Busch said he demanded the legal authorities in Germany issue a clarification saying his client "died innocent and without conviction," and that his conviction by a lower court "is invalid.
"The statement issued now clears my client's name and restores his dignity," he said.
"It's a great consolation to his family, which is grieving over the loss of a husband and father, who died alone in far away Germany," Busch added.

He described Ukraine-born Demjanjuk's conviction as a "legal scandal."
"I was and still am convinced the Supreme Court would have granted his appeal and acquitted him this year, had he not died before the procedure ended," he said.


Source: Haaretz
Posted by Ukemonde at 6:18 AM No comments:

IN MEMORY OF JOHN DEMJANJUK 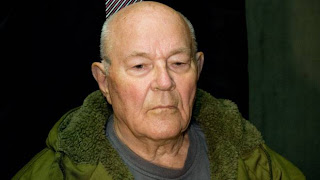 The irony of the Demjanjuk case lies in the fact that despite all these efforts to convict him, according to German law, no conviction stands until all appeal rights have been exhausted. In other words, despite what the international media may say, according to German law, and Israeli and American law for that matter, Demjanjuk was never found guilty of any crime. His long nightmare is finally over. At long last he can now rest in peace. 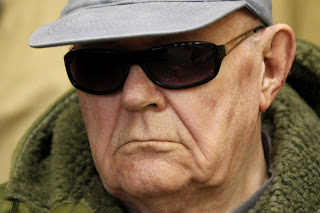 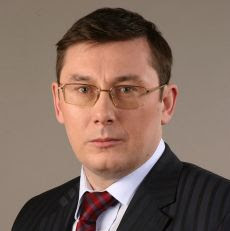 Contemporary Ukraine is a testing ground, not just for educational reforms but also for a fierce struggle being waged against Soviet and Russian colonial heritage and for the right to be part of a united Europe and in particular to be part of the European higher education area.

The appointment of Dmitry Tabachnik as minister of education and science in March 2010 was an attempt to turn back all of Ukraine's efforts towards integration with Europe on higher education issues.

The education policy of Tabachnik is based on his political views, which are viewed as being pro-communist and pro-Russian. In my view Tabachnik is a Russian chauvinist in his attitude to the Ukrainian language, culture and historical memory.